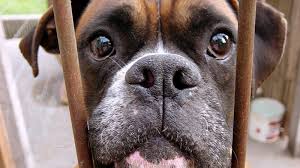 A quiet evening of May 11th turned into a mini massacre of poor and helpless stray dogs at the Garhi cantonment area, Dehradun. Instead of the word ‘stray’, we would like to call them natives of the vicinity that deserved a fair chance at life and a decent living.
Maneesh Thapa, a Major from army (of the Intelligence Corps) was out for an evening stroll when he met a law abiding and compassionate Lieutenant Colonel feeding some stray dogs on the street. To this kind act, he reacted by bashing the innocent dogs with an iron rod, eventually killing three of them and severely injuring the other two. What prompted the Major for his action is not clearly known, as he absconded after committing the crime. According to eyewitness accounts, the officer was adamantly and relentlessly chasing the dogs. After hearing the dogs groan in pain, a few people rushed outdoors to rescue the strays and stop the brutal assault on them. However three had already died by the time. One of the eyewitnesses spoke to Times of India about Major even disposing off the dead bodies. Image Source-change.org

A great hue and cry on the matter has also culminated into a petition on Facebook started by Mr. Ankit Kalra, appealing to the President of India- Shri Pranab Mukherjee, Defence Minister- Shri Arun Jaitley, Chief of the army staff of Indian Army- General Bipin Rawat, People for the ethical treatment of animals (Peta), International animal rescue, and Peta India, to take action against Major Thapa.
Each one of you can help these dogs get justice by a simple signature here.

Early morning on May 12th, animal rights’ activist Puja Bahukhandi after receiving an alert arrived at the crime scene and took the injured dogs with her. She also filed an FIR against the accused.

Mr. N.D Pandey, the police inspector who had initially been given charge of the investigation confirmed the fact that the two surviving injured dogs had been brutally beaten up. However the bodies of the three dead dogs still need to be located. Witnesses along with the Major’s neighbors have been roped in the probe. Interestingly enough, the army officer in question has not come up with any public statement and his phone is not reachable. His supposed leave was among some other details mentioned by the police officer.

Out of the two surviving dogs, one has lost his vision permanently while the other dog is literally on the verge of death, battling its injuries.

Since the initiation of the probe, the police investigating officer has been replaced and sadly investigations ordered by the Army and Police haven’t made much headway.

By signing the petition you can be a voice for the mute and defenseless beings, which have often been denied their basic right to live. Even if they are granted life, they are tortured, or abandoned and subjected to ill-treatment by so called discerning humans.