American Eskimo is sometimes referred as “The Dog Beautiful” by his admirers. This striking fellow is appreciated by the pet lovers due to his sweet expression, snowy white coat, and beautiful black eyes. This Nordic dog breed is a member of the Spitz family and known for its clever, active and mischievous persona. The Eskie comes in three different sizes standard, miniature and toy. The Eskie loves to have a good time with his owner and is always ready for the adventurous activity. The comical and curious nature of Eskie is sure to make you laugh several times a day. Further, he dislikes discord among family members, therefore, doesn’t argue in front of him; he will not like it. He bonds deeply to his owner and other people, but he may not be the best choice for a family with young children. He can be impatient with being manhandled or hugged, and can be skittish at being approached too quickly.

The Eskies are good watchdogs, as they wary of strangers. This dog breed is quite easy to train; one can easily train the Eskie with patience and consistency. For the best results, you can use positive reinforcement techniques such as play, praise and food rewards. If you want to make American Eskimo your companion, read this article as it will provide you complete information about this cute and enchanting canine.

The Eskie is a beautiful, small to medium-size dog that has appearance of miniature Samoyed. They come in three varieties: toy, miniature and standard; that means there is an Eskie for all interests and house sizes. They have a wedge-shaped head with muzzle and skull about the same length. Their ears are erect and triangular, and a heavily plumed tail curled over the back. His Good legs and feet allow him to trot with bold, energetic action. Their coat is normally white, or white with cream or biscuit markings. However, some black varieties of mix breeds are also present. His skin is gray or pink, and eyelids, gums, nose and pads are of black colors. Their coat is heavy around the neck that creates a ruff or mane, especially in the males. The breed is slightly longer than it is tall. The coat of this dog breed is curl or wave; and their undercoat is thick.

The Eskies are the prototypical spitz and they often called spitz by the pet owners. This breed of dog is descended from one of the varieties of spitz that are developed in Germany, with influences from other spitz breeds such as the Pomeranian, Keeshond, and Volpino Italiano. Ironically, it was the success of other spitz breeds that held the American Eskimo dogs back. Although the Keeshond dog breeds originally came in numerous colors, and when it was decided to accept only the gray specimens, the white Keeshonden were suddenly excluded. When the Pomeranian standard was drawn up to exclude dogs over eight pounds, larger dogs were excluded as Pomeranians. In this way, by the early 1900s, there were two groups of medium-sized white dogs that were excluded from their breeds. The fate of these excluded dogs is unknown, but it is likely that these dogs became pets of the working people. When workers of Europe came to America, they brought these excluded dogs with them.

The turning point of the Eskie came in the 1920s, when they became a favorite of circus performers. Many Eskies of present-day can be traced back to their circus ancestors. After the First World War, the name of this breed was changed to American Eskimo so as to remove any Germanic sound from it. Most American Eskimos were kept as pets and farm dogs, and a few families registered their Eskies with the United Kennel Club, but it wasn’t until 1994 that the AKC (American Kennel Club) recognized this dog breed. Despite the acceptance of this breed into the AKC world of show dogs, the American Eskimos remains a dog of the people, far more popular as a cute and loving pet than as a competitor.

The Eskie is known as a friendly, smart, and a good communicator. His alert nature makes him an ideal watchdog, but he is highly vocal, therefore, you have to him from an early age that the excessive barking is not permitted. An Eskie will let you know what he wants through their barks and glances. For example: a look at the jar of cookies, followed by a look at you and a look back at the jar sends a clear message to you. You will be definitely hypnotized by his enchanting dark eyes and smiling face that won’t stop you handing him a treat.

The American Eskimos gets along with almost everyone they meet, but they are not always patient with tight squeezes from the kids, therefore, there is a need of close supervision when Eskies interact with kids, and you should also teach kids how to pet the Eskie gently. An Eskie should never be shy or aggressive. They like to work. An Eskie is naturally wary of strangers, but once introduced he becomes instant friends. An American Eskimo needs to be part of the family with a consistent, firm, confident pack leader. Without enough physical and mental exercise, the Eskie can become hyperactive and high strung, spinning in circles. Toy and miniature Eskies have a higher tendency to become the pack leader over humans, as they are cute and small, and oftentimes the owners are oblivious as to what has happened.

High intelligence and willingness to please make the Eskies an easy to train dog breed. You should start training your Eskie puppy from the day you bring him home. Eight weeks old Eskie is capable of soaking up everything that you can teach him. Do not wait until your puppy is 6 months old to begin training or you will have a more headstrong dog to deal with, therefore, you will find difficulty in training. If possible, get your Eskie into puppy kindergarten class by the time he is ten to twelve weeks old, and where he will learn how to socialize. However, you should remain aware that many puppy training classes require certain vaccines like kennel cough, and many veterinarians recommend a limited exposure to the other dogs and public places until your puppy vaccines (including distemper, rabies and parvovirus) have been completed. You can also begin training of your puppy at home and socializing him among friends and family members until puppy vaccines is completed.

With an average lifespan of about 12 to 14 years, The American Eskimo Dog is susceptible to minor ailments like canine hip dysplasia (CHD), legg-calve-perthes disease and progressive retinal atrophy (PRA). Further, the Eskies are also known to juvenile cataracts occasionally. Therefore, it better to known about these disease that help you to provide maximum care to your puppy.

The American Eskimos have double coats: a dense undercoat which is topped by longer guard hairs. Further, their backs of the legs and the tail are also furry. You should brush your Eskie puppy’s straight, thick coat two times a week in order to prevent or remove mats and tangles. In addition to this, plan to brush him more often when he is shedding to keep loose hair off your clothes and furniture. Fir this, you’ll need a slicker brush, pin brush and metal Greyhound comb. You should bathe your puppy in every three months. Trim his nails as needed, usually every two to three weeks, and brush his teeth frequently for good oral health.

The American Eskimos love cold weather. One of the joys of owning this dog breed is watching him playing in the snow, which most Eskies love and will play in for hours. Many Eskies also enjoy water playing. Furthermore, they create close attachments to their human family; therefore, they should be allowed to live indoors. The Eskies are also very energetic; hence, require a vigorous workout daily, although the time duration of the workout is determined by your dog’s size. For instance, a larger American Eskimo requires a brisk jog or long walk, while for smaller Eskies short walks or a fun outdoor game are sufficient.

The Eskies do well in a variety of homes, from large houses with yards to apartments. This breed of dogs is not suited for the life in the backyard. They are the happiest when they are with their family. Separation anxiety can be a concern for both owner and Eskie, and the best way to deal with this problem is to avoid it altogether. Do not leave your dog alone for a long time period and, when you do leave him, put him in a crate with plenty of sturdy toys that keep him occupied.

It is recommended to feed 0.5 to 1.5 cups of high-quality dry food a day, divided into two meals. In addition to this, how much your adult dog eats is totally depends on his age, size, build, metabolism, and activity level.

Some Facts about American Eskimo dog 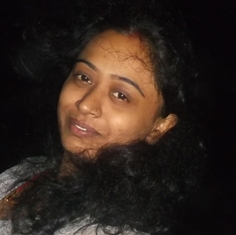