The American Foxhound is a large sized dog, famous for its hunting power and companionship. Loyal, kind, sweet, and easygoing, the American Foxhound is a breed of dog that has the potential to become an affectionate modern day canine companion as well. It is very loving and patient with the children. Its love and excellent stamina of running makes it a superb jogging partner for an enthusiastic athletic owner. Further, its mild, soft and gentle nature makes it an exceptional and outstanding family dog, as long as you make it do the vigorous exercise that it craves for. 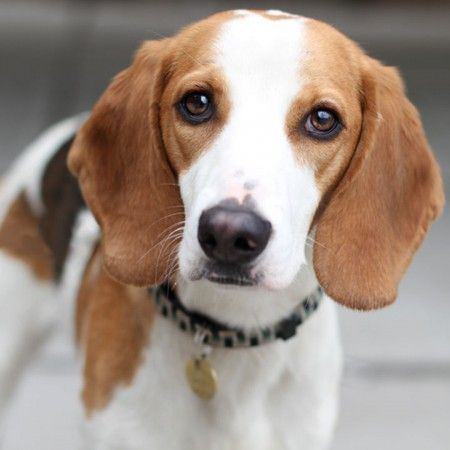 Find out more about this dog….

Is American Foxhound Dog right breed for you?

Their history could be traced back to the late 1700s, when the descendants of American hounds were bred with the imported English, Irish, and French hounds. Basically, George Washington, in 1700s, first bred the American Foxhound by combining the French Foxhound and the English Foxhound, each of which had their own optimal and desirable traits. Initially, hounds were mainly used by farmers and hunters to seek for animals as all the hounds have very strong sense of smell. However, Washington wanted a breed that had even more stronger sense of smell as compared to the current breeds, and with an incredible stamina and speed. Although, since then, American Foxhound could always be located in United states but was thought to be famous among the farmers and hunters. Undoubtedly they are an excellent companion, but they are not seen much as a household pet maybe because of their high energy levels as well as their very stubborn sensitive nose.

The American Foxhound is a larger breed of the domestic dogs. They are tall, long, light, lean and very handsome animals, to have a strong sense of smell, with long, straight legs that are faster to chase with incredible speed, stamina and agility. The American Foxhound has a doom shaped long head, with wide set and large eyes that are either brown or pure hazel in colour. The narrow slightly upwards curved tail, broad, flat and wide ears, along with an imploring, sweet expression imparts a distinctive appeal to this animal. The handsome animal has a short, coarse fur coat which is commonly tan, brown, white or black, and fairly sheds quite regularly.

While they are primarily easygoing and sweet, American Foxhounds have a stubborn and independent nature that is common among the hounds. He is a gentle, amiable, and a tolerant dog, and not very demonstrative.

Traditionally, American Foxhound is not a household pet, but it actually remains very well mannered in the house. Towards a stranger, his temperament will vary, from protective to reserved. They are mostly reserved with the strangers. They need more attention, time as well as training so that they can get used to the life of a family dog.

Like any other dog, Foxhounds require early socialization — experience with many different dogs, sounds, sights, people, and other exposures — when they are young. Socialization assists a Foxhound puppy to grow up as a friendly, sensitive and well-rounded dog

This breed is typically a fairly healthy one and is not famous for any kind of heredity illnesses or genetic diseases such as, bone and hip problems, that are common among other large breeds. Thus, an American Foxhound dog generally enjoys a good and healthy living, but once in a while he might suffer from one or more health problem. Occassionally, ear infections and hip dysplasia can be seen, but they do not occur frequently so as to cause a concern. Do not overfeed them, as they tend to gain weight very easily. In rare situations, an American Foxhound may suffer from the following condition or problem-

Bred to run miles to be able to hunt faster, the American Foxhound requires substantial amount of regular exercise daily. If he is not going to become a hunting companion, he will need daily vigorous exercise or some other form of physical activity to be able to release his natural energy. They are appropriate with a house having a yard. Joggin, long walk, and brisk walk are fairly ideal for this breed.

Obedience training is very much recommended for the independent American Foxhound so that he can visualize you as the pack leader. He will not respond to the punishment based training well, so you need to make use of the treats, praises and rewards to make him obey you. Hounds will certainly ignore you if you try to boss them around.

The recommended daily food amount for the American Foxhound dogs is 2-3 cups of high quality, dog food in a day. Hounds love to eat. Always measure your Foxhound’s meal before you serve him. Prefer serving them meals twice a day and avoid serving them meals all day long. There food quantity must be decided based on their build, age, size, activity levels and metabolism.

It is not extremely demanding to groom a Foxhound. As they have a coarse medium length coat, it is essential to brush it once a week with a firm bristle brush to distribute skin oils, remove dirt and thus, keep the coat clean, healthy and shiny. Your Foxhound does not require a regular bathing schedule.

Further, other essential grooming needs such as dental hygiene are very important. The teeth must be brushed atleast 2 to 3 times in a week so as to remove any tartar buildup or bacteria lurking inside. Bad breath and gum disease can be prevented by daily brushing his teeth. Trim the nails frequently if he does not shed them naturally. Short, neat and trimmed nails will keep your dog in a healthy condition and prevents him scratching you with his jumps.

As your Foxhound is groomed by you, check for rashes, sores, or any signs of tenderness, skin inflammation, redness, or inflammation in ears, eyes, mouth or nose and also on the feet. The ears should be free from too much gunk or wax inside, and eyes ought to be clear, with no discharge or redness. A careful weekly examination of the Foxhound will help you in spotting any health issues early.

All the above mentioned factors should be kept in mind to ensure that your American Foxhound remains healthy and continues to forever amuse you and guard you with his ability and loyalty.